Home
Blog
Not enough sex in my relationship

How to Get More Sex From Your Spouse — Introduction

It's a well-known fact that sexual satisfaction plays a critical role in nurturing healthy relationships, and girlfriends' and boyfriends' low libido poses a problem for many couples nowadays. Getting more sexy time from your spouse could prove a challenge if both of you don't know why you are not having sex.

Nevertheless, sexual relationship problems could sometimes arise from other factors such as fatigue and life stresses. Disinterest in sex usually lasts a few days and then resolves on its own. If it lasts for too long, it might leave one in doubt and frustration.

If a wife has nonexistent libido, the husband could get frustrated about the current situation. Notably, no sex in a relationship means that what the wife feels towards the husband sexually is not reciprocated. Read on to learn how to overcome this problem. 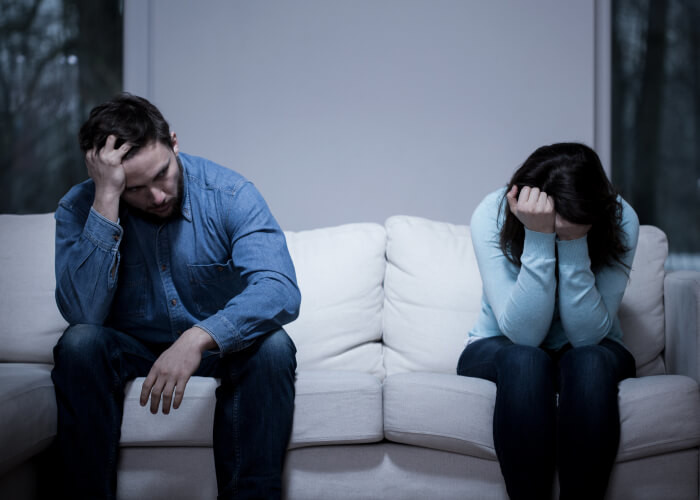 Even though a husband's low libido can be considered a rare case, it can be attributed to many vital factors. While the dysfunction can be normal in some circumstances, low libido can be problematic for some couples, especially if it lasts too long. Most men ask how to make wife sexually active, and this shows their concern for sex in marriages. On the other hand, some women have been complaining that sex stops in marriage, which makes their male partners anxious as well.

The husband's low libido may result from various things, ranging from stress to illnesses. Additionally, using the medication, where specific prescriptions like opiates, psychedelic drugs, sedatives, and antidepressants are involved, suppress sexual drive. Research by Focus on Family states that today's psychological problems in America are not to be taken lightly.

The realization of being in a depressive state is difficult for most people to identify on their own. Not to mention, it makes it more challenging to address. Depression is a natural sex-urge suppressor that requires attention, as far as the husband's low libido is concerned.

The mentioned research also remarks that past events could lead to low libido. While one may assume that being abused sexually is done by touching, therapists state that sexual abuse also results from exposure to sexual content at a tender age. This kind of exposure may result in permanent mental damage to men, with only a therapist being able to relieve such a male from his trauma. Also, husbands who were held back by their mothers at a young age or lacked the bond with family would develop marriage problems due to low sexual drive.

Another area of focus and to which most people would relate is stress. Stress impacts the everyday activities of an individual's life, and men's lives are no exception. In many aspects, stress always has its way into the marriage, and any couple can relate to it.

A husband may be overwhelmed by their work schedule or stressed with meeting the relationship goals, leaving no energy or time to enjoy their sex life. At the same time, positive changes in one's life, like a job promotion, may drain one's energy and limit regular sex urges.

In some instances, the relationship might have problems that limit everyday sexual activities. Even though some therapists may struggle with figuring out the role of conflict in men's low libido, there is a clear correlation.

Some couples often overlook the impact of conflicts on their sexual life. As a result, quarrels can affect the relationship drastically. If you're battling your husband's low libido, it is critical to consider any relationship problems and develop ways to resolve them.

Advice on How to Make a Wife Sexually Active 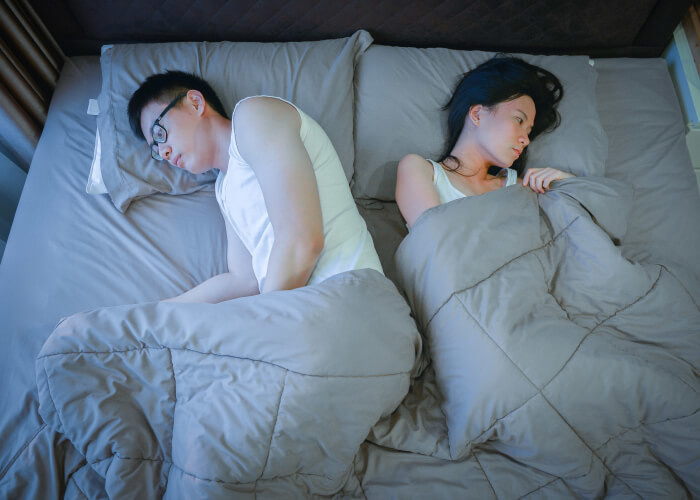 There is no doubt that sex binds couples in a relationship. However, many couples nowadays have problems in their bedrooms. According to Psychology Today, out of every three couples, one is struggling with sexual intimacy. In simple terms, one partner has lower libido compared to the other. It is reported that most of the cases that sex therapists handle are related to arousal issues.

While these problems are common, most men don't know what to do when such things happen. When a wife has no sexual desire, most men assume the worst. Worry not, as there are many ways to remedy the problem.

Sometimes, partners find themselves drawn away from their spouses, especially if they feel pressure from them. One way of how to get a wife more sexually active is by making sexual satisfaction a primary concern. Marriage largely depends on the couple's ability to put their relationship first, more so via sex. Prioritizing your relationship allows both of you to reminisce on better past sexual intimacy and learn from prior mistakes. While you may question why her sexual desires changed, analyzing your relationship would help you find a solution for reigniting the passion in your love life.

By being proactive in making one's relationship healthier, one makes the right decision since they set a good example for their partner to follow. It is often a good idea for a husband to take charge of the relationship. Consider discussing any relationship issues to reignite the sexual desires of your partner. Whether minor or major problems are present, speaking your mind out should make things much easier.

Sometimes, your companion may reply from the point of hurt. In this case, we suggest that it's best not to take things personally and look for a mutual solution.

If none of the above works, one can always seek medical attention. Resorting to this measure will help eliminate any psychological causes for the wife's low libido. It is possible to eliminate a psychological or medical condition by visiting a psychologist or a gynecologist, respectively.

Most anxiety issues during sex and other sexual desire difficulties can be dealt with efficiently if the spouse is ready to address them. While your wife may fully understand the importance of the situation, it doesn't make things any less stressful for her. Thus, providing emotional support is quite important.

In the end, one has to put aside their pride and do their best to set the marriage back on track at whatever costs necessary. Remember that keeping the relationship afloat is a two-way street. Addressing any critical problems should be your number one concern if you want a fantastic sex life. 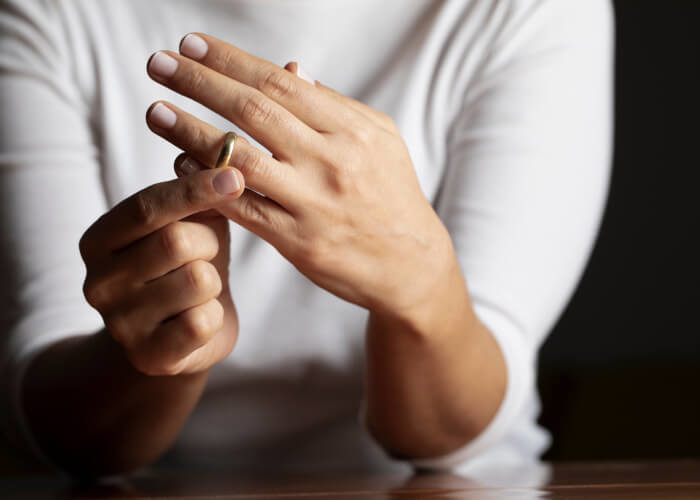 Sex is a critical part of any intimate relationship and can affect it drastically. For example, bitterness may arise because of not having an intimate sexual relationship. On the other hand, the way people interact with their partners can affect their sex life. Whenever couples have constant quarrels and fights, they limit their chances of having sexual interactions. Such problems can be addressed through proper communication where couples discuss the matters calmly. The most common problems that occur in a relationship are mentioned below.

Some women may say they're not fully present during sex. Psychologists suggest that the cause of this could be stresses like parenting, especially among mothers. These responsibilities obstruct their thoughts on sex, and the same thing also applies to some males. Therapists recommend scheduling sex could assist in such circumstances. Also, one could introduce the use of sex toys to spice up their sex sessions. Incorporating different styles could help as well.

Another serious sexual issue worth mentioning is when a partner thinks the spouse is not trying to initiate intimacy. Jane Greer, a New York-based sex therapist, says that selfishness could ruin a relationship quickly. A spouse can initiate the intimacy anytime they feel like instead of waiting on their partner's move. Talking to your wife or husband could help them understand that a sense of desire is critical to kick off sex.

Lack and insufficient foreplay are also some of the biggest problems related to sexual intimacy. Couples should let their partners know the right spots that turn them on sexually. Lack of communication on such things contributes to sex stops in marriage.

Also, it is helpful to communicate positively on sexual matters. Making your point without coming off as criticizing is also a thing to consider. Addressing your partner on what you love when they do will encourage them to become better and help to revolutionize your sex game.

Sometimes couples may feel like they are emotionally detached. When this happens, they can find themselves drawn away from each other and may indulge in murky sex.

For instance, if a person feels emotionally detached, it may be difficult to initiate an emotional connection with their current partner. In this case, spending as much free time together as possible and participating in new activities where one can share common interests are good ideas. Exploring different ways one's partner experiences pleasure wouldn't hurt, either.

Although spending time together could help, if a wife or a husband has small libido, it complicates everything. Sexual relationships where the husband's low libido is concerned is often different from when a wife has no drive. However, if one addresses such problems in advance, they can be eliminated in a short time.