Worst Pickup Lines Ever Used to Break The Ice 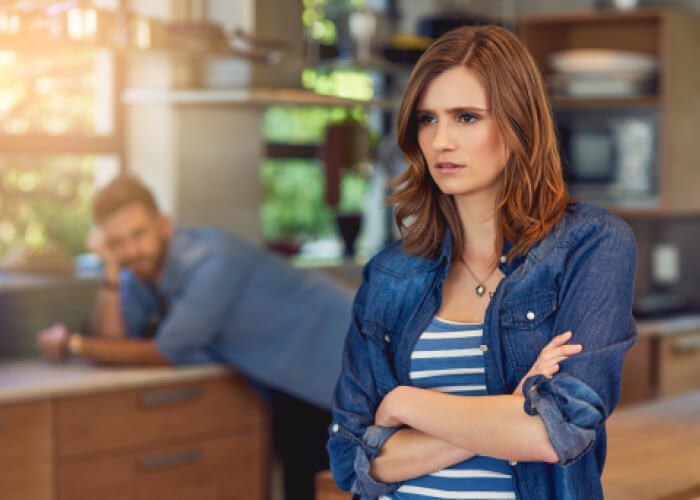 A pickup line can be defined as a prepared effort to initiate a conversation with someone you don't know for either romantic or sexual exploitation. The pickup line shows an individual's intent and is sometimes humorous to the target listener. They vary from a simple and straightforward introduction to asking someone where they are from or her interest to elaborate jokes or stories. Some pickup lines do work and act as an ice breaker for individuals, and some go trebly wrong. Here are the top ten worst pickup lines that you have never heard of.

Crappy Pickup Lines That You Need to Avoid

Some people use crappy lines when trying to initiate a conversation with someone they like. Let's look at some examples of crappy pickup lines.

When I look at your breasts, they remind me of Mount Rushmore – I feel like my face needs to be among them

You never understand how someone feels about a certain part of their body, and mentioning it can make you look like a jerk and kill any chances of a serious conversation. Worst of all, the part you focus on can be an area that she is uncomfortable with. It also displays that you are shallow-minded and only react to physical appearance. When an individual highlights one unique characteristic, especially in public, it may bring out various negative emotions the individual has been battling, such as embarrassment, low self-image, anger, and low self-worth. This simple statement can cause both physical and mental harm, and it can have a severe mental impact on the victim.

Never tell a woman she is fat; this is because it makes her lose confidence; it tears her down, making her think she is not good enough. Women are obsessed with their looks, and telling a woman she is fat is attacking the most venerable parts of her psyche; hence, such a pickup line ends up being like an insult and leads to total rejection. Calling her fat, chubby or curvy causes physiological harm and may even worsen the problem. Avoid any pickup line that will make him or her feel uncomfortable about his body size.

Are you on your period? That's still okay since a real pirate is not afraid to sail the red sea.

Menstruation is a sensitive issue to any woman since childhood. Society portrays that menstrual fluid is disgusting, and women are often ashamed of it even though it's a natural thing. Therefore, picking a line that reminds women about this tends to be awkward and very embarrassing and disrespectful. That's why it puts off many women. Using such a pick line is very insensitive since not all women experience this due to either being transgender or having reached menopause. The bottom line is: Using this line not only insults women but can also result in low self-esteem. This earns a spot in our top ten worst pickup lines.

You owe me a drink! You're so ugly. I dropped mine immediately I saw you.

This one is probably the most insensitive out of our top ten worst pickup lines . Nobody loves to be told that they are ugly. It is insulting to the woman, lowers self-confidence, and this will make them hate you immediately. Ideally, she won't hear any other word you say after such a statement. This is a deal-breaker since women tend to love being admired. A woman will always be pulled by sweet words, which increases the chances of chatting with them and starting a relationship with them. You should avoid focusing a negative comment on a woman even if it's true.

Let's say a woman has a unique birthmark or unusual trait that is visible. In that case, you should not focus on it since it might be something she has been fighting against since childhood. And reminding her about it not only makes you look insensitive, but it might also remind her of a bully she used to know.

I could've called heaven to ask for an angel; however, I was hoping that you are a slut.

This is outright abuse which makes it one of the most terrible things from this top ten worst pickup lines list. You should avoid it since it leads to an emotional wound to the woman, which has several short-term and long-term effects. The short-term effect is low self -esteem and the long-term effect may include depression.

Historically, the word slut has a negative connotation meaning a woman who cannot control her sexual urges. Worst of all, it can be implied the woman sleeps with men for either monetary or any other advantageous form of reward from the other party. Women love gentlemen who show them respect and handle them delicately. Insulting a woman makes her decision to ignore you more easily. Women view men who like using insults as weak. That's why they avoid them since no one wants to be with a verbally abusive spouse in their life.

Are your pi? Because you're irrational and this conversation is going in circles

It's wrong to call someone whose behavior we don't understand "crazy." This puts off women and portrays someone as insensitive. However, it's unfortunate that men weaponize the thought of craziness in a way that always targets women, particularly because ladies and men approach emotional matters very differently. Quit telling women they're crazy, and such a pickup line is unfair and should not be used even if it seems catchy.

Pickup Lines Gone Wrong After Someone Decided to Use Them 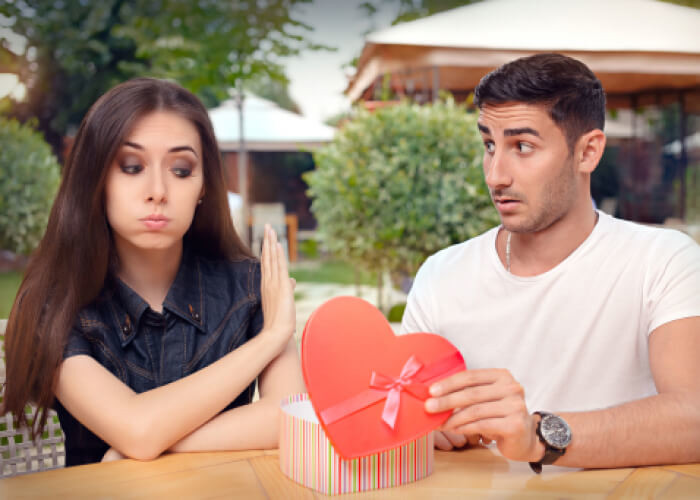 The start of a pickup line can be catchy, but with a bad finishing, then you cannot win the girl. Here are some examples of the worst pickup lines of all time where people got it all wrong.

That's Pretty Amazing for a Woman

This is very offensive and is also regarded as a sexist statement. It's a put-off since it suggests that the other gender is less intelligent and less able to achieve a specific goal. This isn't just bad to the woman, but it's also harmful to their mental health and affects their well-being. It also reduces the sense of belonging of a woman, and it represents a form of bullying.

Since the early days, women have been perceived as lesser or inferior beings than the male gender. When a pickup line brings out this type of inequality, it makes the woman hate the person saying it and belittle the man. It makes them feel that the man is intimidated by strong or successful women. You should avoid such comments since they make sure you don't have a chance of knowing your potential partner.

Is Your dad a baker? I think you have an amazing set of buns

You should avoid talking about someone's family unless you clearly understand their relationship with the family member. Some people have grown up under challenging setups since childhood, and a simple pickup line can open up old wounds. Some women you will meet may have grown in foster care and have never seen their biological parents. Others have grown in a respectful environment, and associating a sexy comment with a parent may strike a nerve, and also, it's just wrong.

In this pickup line, the guy doesn't know if the lady has any daddy issues. Her relationship with the father might also be shaky or non-existence if the lady was raised in a single-parent setup. What the worst part? The lady may even be grieving from the loss of a family member. That's why you should avoid coming up short and looking like a total jerk by avoiding such lines.

Are you a doctor? I think you just cured my ED (erectile dysfunction)

Being called a doctor is flattering since they hold a pivotal role in our society. However, women don't like talking about body parts, especially the penis or the vagina, as an opener to a conversation. It makes the man look self-absorbed and shallow. Also, putting down your weakness jokingly or not in a pick line also does not improve your chances of landing that lady. Women like a man who does not only think about sex since this is a sign that a man is having insecurities about his sexual prowess or, worse, a sign that the man may body shame the woman in the event of a confrontation. An absolute disgrace among worst pickup lines.

You are so beautiful, and your smiles amazing, not like my ex

Everyone hates being compared to someone else. Comparing a woman with someone you have dated before is a bad idea. The woman might ask herself, since you are talking negatively about your ex, you might also do the same with her if you have a relationship and it comes to end. Because of these uncertainties, most women would ignore your advances on the spot.

The comparison also makes her feel as if it's a sort of competition, where she has to prove that she is better than the other party. Women don't accept a compliment that belittles another woman. Even if you hate your ex, you should not do it in front of your potential partner. They will view you as arrogant and petty.

Starting a conversation with that lady is always a challenge to most men. A good pickup line can go a long way in breaking the tension and start a beautiful romantic relationship. When you are using a pickup line, make sure it's gender, race, and body sensitive if you do want to damage your chances of getting the girl.