What are Turn ons for Guys

As much as guys can be easy to turn on, they can, on some nights, be incredibly difficult. Although you may find that it is the guy initiating a lot of the sex during the first couple of months of your relationship, you may find that he's becoming less and less proactive in bed after a while. He may even appear uninterested to you. Many women find it difficult to do what guys do in terms of getting their partner turned on. However, several main methods can be implemented to relight the fire of your relationship. This article will explore instant turn ons for guys. 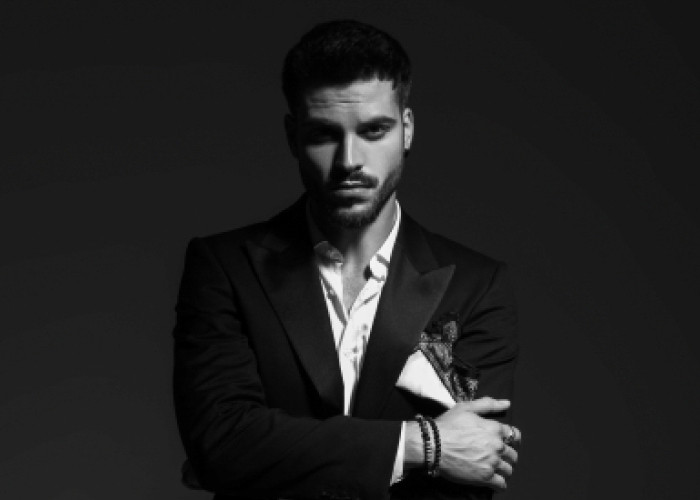 Here are our top 10 turn ons for guys, which, if used rotationally, will certainly relight the spark in your lovemaking. These tips are mostly for preliminary implementation – they should be carried out throughout your day-to-day life with your boyfriend. We'll tackle direct turn ons to be used in the bedroom later in the article.

Firstly, one of the biggest turn ons for a guy is sexting. At the start of a relationship, getting a text from your new partner can be exciting enough, but it can be made a lot more exciting when it is a dirty sext. This will let your guy know that you're thinking about him constantly and will get him hyped for seeing you later.

Secondly, you should also aim to hype him up throughout the day by telling him dirty secrets so that by when the time comes for you to hit the bed, he's super turned on. Tell him that you forgot to wear your panties or about how desperate you are for going to bed with him later.

Thirdly, you should aim to wear red as much as possible – this could be in the form of either make-up or clothing. This subtle touch will get his heartbeat up and will make him excited to take you to bed later.

Fourthly, you should change your style as much as possible. Don't let him only see you in one outfit; you should aim to surprise him with at least a new tweak to your style every time you see him. This is another subtle way of turning him on, as it'll create the effect that you are lots of different girls in one.

Make sure you give him plenty of opportunities to catch you changing – especially if you have revealing lingerie.

Appearing as girly as possible can also help turn him on throughout the day.

Be sure to make eye contact with him regularly – knowing that your eyes are always on him will certainly help secure his long-term attraction to you.

You'll already be doing this, but you should try giving him light signs of affection throughout the day. Try caressing his muscles or stroking his hair. This is one of the best turn ons for a guy as it makes them feel appreciated by you, even when you're not in bed with him.

You could try exercising regularly – even better if you let him catch you doing it. He'll appreciate that you're taking care of your body – especially if you're doing it in hot yoga pants!

Lastly, you should put effort into your make-up. Whether it be a little bit or a lot, he's going to notice!

Biggest Turn on for a Guy 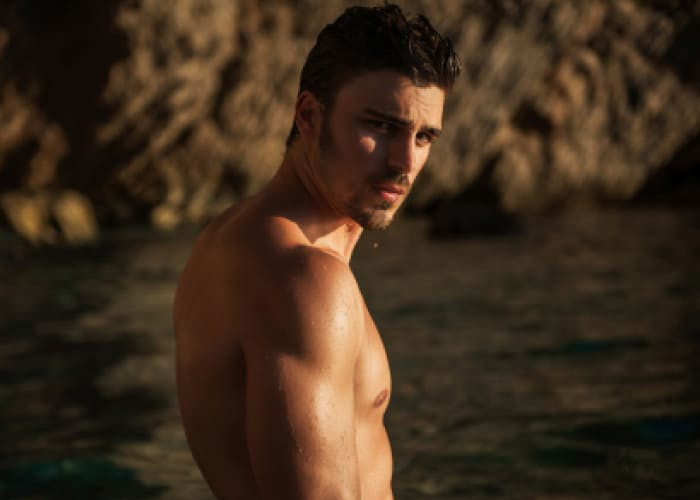 Sometimes, you've got to think like a guy to turn them on. This doesn't mean becoming a tomboy or acting more manly, but by instead presenting to them that you're interested in their lives and passions. This could be watching football with them, listening to music that they like with them, or suggesting ideas for dates that they're guaranteed to enjoy – such as restaurants or bars they've mentioned that they like. This way, they'll see that you're under the influence of them, and their attraction levels for you will increase tenfold. This will also get them excited to see you, as they know they will be doing something they enjoy. They'll be in a better headspace and want to take the positive energy from it to the bedroom.

Guys also like to talk dirty to other guys, so try talking dirty to them regularly. This could mess with their heads, as they'll feel like they're just talking to one of the boys, but when they remember who they're talking to, they're sure to feel an added element of attraction to you.

What do you want them to see in you? As cliché as it sounds, presenting yourself as 'wife material' is one of the biggest boy turn ons imaginable. To achieve this, you'll first need to put the effort in to accommodate his needs. Try cooking and cleaning for him, but you don't need to babysit him! Guys like to feel like they're in control of their own space and want to feel independent most of the time. It would turn them on. However, if you tended to minor domestic duties, you'll be able to convince him that you two can work as a long-term couple, which will also extend your spell of attraction you have over him. When a guy sees how much work you're willing to put in for them, they will feel a heightened sexual desire and will undoubtedly want to award you for your efforts in bed!

While we're here, it's important to note the biggest turn-offs for guys so that you know what to avoid! Firstly, be sure to keep yourself clean and well-perfumed, as there is nothing more unattractive than being unkempt.

While it's important to show an interest in your man's likes and passions, it's equally as important not to reveal this interest to other men. This can inspire jealousy in your partner and may end up sabotaging the long-term attraction you're working on.

Although we said earlier that it's important to display small signs of affection, such as rubbing, caressing, and hugging your boyfriend, be sure to avoid doing this overtly in public. This can easily work to embarrass your boyfriend and turn them against you. They may feel that you are too clingy, which has been a major turn-off for guys. Sure, hold his hand as you walk down the street, but don't make a big show of trying to kiss and cuddle him in front of strangers.

Things that Turn Guys on in Bed 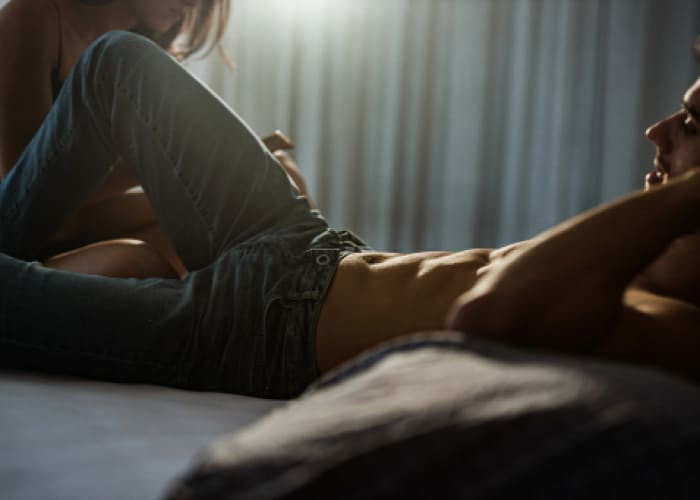 By implementing all the advice we've given in this article up to this point in day-to-day life when you and your man get to bed, he's sure to be somewhat turned on and ready for some action. However, some guys will need the extra bit of effort from you to get turned on, so here is a list of the things that turn guys on in bed.

A great means of turning him on is using your naked body to your advantage. If you're feeling bold, you could surprise him – and turn him on! – by walking in without a stitch of clothing on. This will certainly gain both his attention and his sexual desire for you. Being naked leaves him with next to no options, and he is sure to get his heart racing. If you're not feeling like revealing all just yet, you could change into your sexiest lingerie to get his sex drive into gear.

Of course, foreplay is always a sure-fire way of getting him turned on. Still, it's a good idea, especially if this is a long-term relationship situation, to experiment with different forms of foreplay, allowing you to make each sexual experience different from the last and keep him guessing.

With foreplay, even although it's easy to get guys horny, you should aim to start small to create a greater sexual pleasure for him. Start by lightly kissing and rubbing his body parts – not his main sensitive bits – but start, instead, with obscure body parts. For example, caressing the ear lobe is a really good way of getting a guy turned on, as the ear lobe is particularly sensitive. You could follow up by kissing the rest of his body and hanging around certain areas that he responds to. It important to keep an eye on how he reacts to every move that you make on his body – one of the biggest turn-offs for guys is to spend too long focusing on an area of his body that is not particularly sensual to them.

While kissing parts of his body, make your way slowly towards the penis area. While doing so, you could try scratching his back and other body parts. After slowly working your way down, linger around the penis area for a while before giving oral. That'll have him super turned on and practically begging for you at this point. You could try grabbing his other main sensitive areas, such as his ass, at this point too.

You could also try various methods of getting him turned on, such as self-pleasuring yourself in front of him. While you do this, be sure to make plenty of eye contact with him so that he knows that it is him you are pleasuring yourself over.