Do guys like curvy girls? This question has been and continues to be asked everywhere. Conventionally, men have been speculated to liking curvy girls more because of several reasons. However, is it really true? Do guys really like curvy girls to become their potential sex partners?

The answer to that question is a big old yes! Although there are several exceptions, women who are “thick” and women with more curves are generally seen as great potential sexual partners by men. This is the case all over the world. Several pieces of research have also shown how men actually like curvy girls instead of disliking the supposedly disproportionate fat distribution. But do guys like curvy girls more than they like skinny girls? And if so, why do guys really like curvy girls that much? Read below to find out more.

What Is More Attractive, Curvy or Skinny? 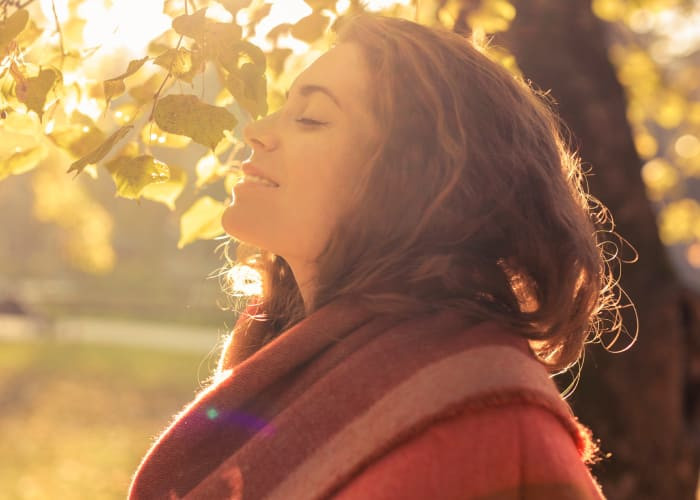 Alright. Let’s get down to business. What is more attractive, curvy or skinny? Men were asked this question by researchers in many different countries. There were varied preferences but with one clear winner in the end. Apparently, men all over the world like curvy girls more than they like skinny model-like girls.

Of course, men from different regions have different answers to this question. For example, Chinese men like skinny petit girls much more than curvy ones. It’s not clear where their preference for skinny girls comes from, but it is definitely much more than men from other regions. Similarly, men from Switzerland and France also reported to liking skinny girls more than curvy ones. These two are the only countries in all of Europe where the majority of men wanted skinny supermodels more than the curvy thick girls. The reason behind this preference could be their keen attachment to the fashion industry. The fashion industry has traditionally been associated largely with the skinny women, which is why men from these regions prefer skinny girls.

However, the rest of Europe and all of America seems to like curvy girls more than skinny ones. In a survey, a majority of US men admitted to being more attracted towards bulky, thicker, and curvier girls rather than being attracted to girls with super-model-like figures. This general preference for thick thighs, curvy bottom, and a tucked-in waist also stem from a general dislike for the unhealthy body expectations in the modelling industry, where being as skinny as you can get is seems to be the ultimate goal.

The Biological Aspect of Curvy Attraction

Believe it or not, there is a widely appreciated and accepted biological theory for why men like curvy girls over skinny girls. As biological creatures, our primary goal is the advancement of the procurement of life. Therefore, everything that we do, including all the choices we make in a lifetime, is all one way or the other connected to our inner desire to procreate.

Keeping this biological desire to reproduce, our conscience and sub-conscience are almost always on the lookout for a perfect partner to procreate with. It just so happens that thick curvy women also make better reproductive candidates than skinny girls because of their larger hip size. Thus, our deep-rooted desire to mate with voluptuous women is actually linked to them being better reproductive partners and thus bringing better chances of successful procreation.

Skinny women, on the other hand, as proven by science, have a higher rate of pregnancy-related complications. Additionally, skinny petit girls carry even higher rates of pregnancy-related complications and thus make for a lesser fit than curvy women. Our brain likes curvy women and prefers them over skinny women because it thinks that curvy women have the necessary evolutionary advantages for successful reproduction.

Simply put, men like curvy women more because they are always acting out on their biological desires on a subconscious level.

There are, however, other reasons why men like curvy women so much. Some of them are described below. 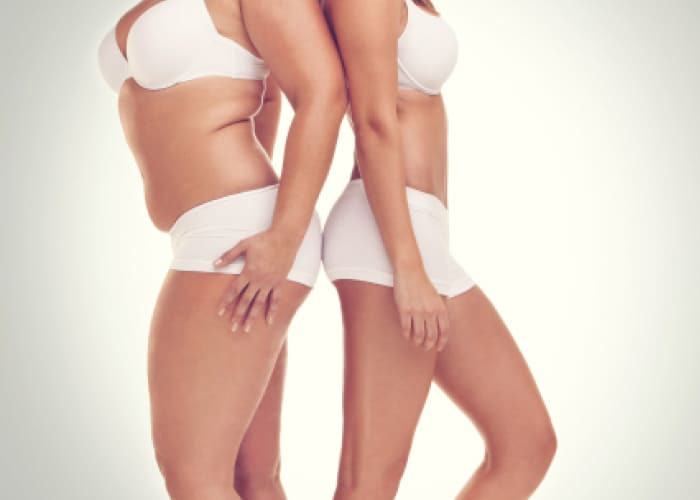 The answer to the question “do guys like skinny or curvy girls?” has become quite apparent so far. Men love curvy women for a number of reasons. Some of these reasons even have something to do with our biological makeup. So if you have caught yourself saying, “damn, I love curves on a lady,” it’s no surprise – we all do! Here is why.

This one is obvious. More thickness and curves mean more to grab, making a curvy women an ideal cuddle partner. Men like curvy women quite simply because they have more to grab on. However, this seemingly primal instinct to grab more has a very scientific reason behind it as well.

Studies have shown that men from a middle class or a low socioeconomic background often express fondness for bigger breasts. This is linked to their deep-rooted desire for more resources or material gains. This adds up as research has also shown men from a higher socioeconomic background to be less impressed by bigger boobs and having quite a liking for smaller breasts.

Thick curvy women are softer as they have more fat in all the key places. This soft-to-touch characteristic makes curvy women ideal candidates in bed. Men love curvy women because they offer more to grab, and all of it is soft and tender. So if you ever wonder, “do guys prefer curvy over skinny?” simply imagine yourself in bed with curvy women, and you’ll get your answer.

Getting rough isn’t a problem

Men love curvy women for one very rough reason. They are far more likely to be able to bear a little roughhousing under the sheets than skinny petit women. Men usually look for a partner that’s a little more resilient in the bedroom department. While it is true that a gentlewoman in bed is an instant turn on for any man, it helps even more if the gentlewoman is also a little resilient and can take a little rough without getting flustered. Skinny women are often seen as fragile creatures who wouldn’t last a rough session under the sheets.

Even though female magazines promote a slender, skinny body type as the perfect female body template, men prefer a little curvy architecture on the women of their dreams. Contrary to popular belief, curvy girls impart a much more feminine vibe than skinny women, which might just be one of the reasons why men love curvy women so much.

Being curvy and thick for a lady has traditionally been associated with being more promiscuous in nature. This is because when you’re thick, your “assets” are almost everywhere. This is particularly true if you have large breasts that tend to move a lot when you do. 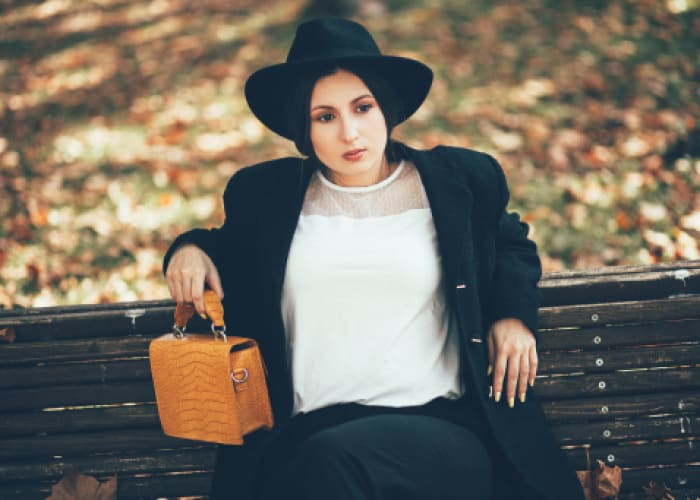 We have already stated so many reasons why men love curvy women and actually prefer them over skinny girls. However, there is one more very peculiar reason that merits its own separate mention. Scientists have come up with yet another explanation for men liking curvy girls more than their skinny counterparts, and our minds are blown!

According to researchers, looking at curvy women activates the same part of our brain that many hard drugs and liquor do as well! This means that the reward center of our brain is activated in response to looking at curvy thick girls, which is why men like to do it so much! These findings are in line with the biological point of view discussed earlier. Shapely and thicker hips are more likely to be compatible with safe and successful reproduction, which is why our brain is hardwired to look at thick girls differently. So much so that it actually activates the same reward center in our brain as is stimulated by hard drugs like cocaine and even liquor.

This is definitely one explanation why men love curvy women so much and prefer them over skinny girls all over the world.

Although the whole article describes how men prefer women who are thick and have more curves over those who are skinny and slender, this is by no means an attempt to attack skinny women.

Skinny women are beautiful in their own way and have so much more than just a mere comparison to offer. Many countries prefer skinny women over curvy women. Skinny women also make for exceptional magazine content. With their perfect hourglass figures and seemingly perfect bodies, skinny women rule the fashion industry while setting beauty standards for women all over the world. In fact, many women, in contrast to men, actually choose to idealize the skinny women we have been talking about. This might just be one reason why magazines aimed at men and women both have different “perfect female body” illustrations.

Men with higher socioeconomic backgrounds and men who are more liberal and less sexist in their approach to life have been proven scientifically to like skinny slender women with smaller breasts.

Men all over the world indulge in a mutual love for thickness and curve on a girl’s body. There are, of course, exceptions to this rule, such as in France, China, and Switzerland. However, men in the rest of Europe and the entire USA have come forth in favor of curvy women over skinny women for several reasons.

Some of these reasons are more scientific than others, but all of these reasons are equally effective in perpetuating this lust for curvy women. Science has proven a deep-rooted desire of men to be with curvy thick women, be it a simple desire to have more to grab or something complex like choosing the best reproductive partner.

Although curvy women are more liked by men all over the world, it does not by any means defy the beauty of skinny women who are beautiful and amazing in their own unique way.