Home
Blog
Dating more than one person at a time

Dating More Than One Person at a Time – Is It Viable?

Exclusively dating a single partner has been the norm for a long time. However, just recently, a new trend has emerged encouraging dating more than one person at a time. This form of dating is expected to increase your chances of finding your perfect mate from a pool of potential partners. However, this new way to date has both pros and cons, which are further explained below.

As morally conflicting as it may sound, however, it is completely fine to date multiple people at the same time as long as you know what you want out of it and stay true to it. Many dating experts believe that more and more people are becoming inclined towards dating more than one person at a time. But before we leap into it any further, it is advisable to understand some basic rules and regulations that steer this form of human interaction.

Rules for Dating More Than One Person at a Time 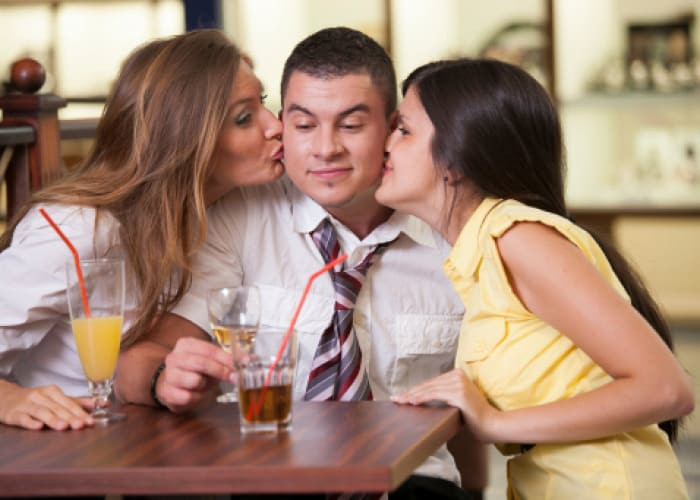 If you are going in with the thought of getting laid from the very beginning, it might not be the best idea for you to date multiple people. There is no denying that the appeal of being a “player” who’s simply “playing the field” is huge. Especially when the pop culture media portrays the very essence of being a playboy in every single media outlet. This thought process has corrupted the intentions of young men and women who are looking to find new people to date.

To clarify, dating more than one person just to get laid is a personal choice, as long as your intentions are transparent to all your partners. But if you are more concerned about “getting laid” than finding your soulmate, you might be going down an endless spiral.

Right from the get-go, you need to be clear about your process with your potential partners. Telling each one of them about the existence of multiple partners in your life is crucial. It signifies your intentions of being honest and truthful and solidifies your partners’ minds genuine respect for you. Of course, the outcome may vary depending on the situation and other such factors. However, this is a common courtesy that you owe to these people, and you should definitely act on it.

Dating multiple people is a continuous process of evaluating your partners to find the best of them all. This evaluation is based on your personal metrics, such as dependency, reliability, as well as the goals and ambitions of your potential partners.

However, more often than not, people forget to continue this evaluation because dating multiple people is slightly easier than being exclusive. If you intend to date multiple people only because you want to find the person who’s best for you, you might want to keep the evaluation in mind.

Do not Date Too Many People at the Same Time

Although it is encouraging to know that dating more than one person increases your chances of ending up with your soulmate, you must not overdo the “dating multiple people at once” part. This is because if you start off with more than a manageable amount of people, you will not only lose the purpose but also put yourself in an incredibly difficult position.

To protect yourself from getting stuck in impossible situations, it is recommended that you start dating two to three people if you are looking for multiple dates. Anything above this threshold, and you will find yourself in a very quick-sand-like situation.

Now that you understand the rules for dating more people than one at a time, it is time to talk a little about the experience itself. What’s it really like dating more than one person at a time? Read more below.

What’s It Like Dating More Than One Woman at a Time? 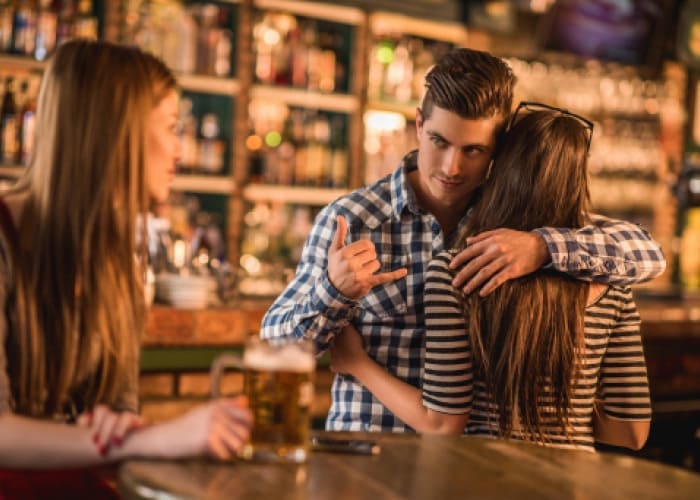 Dating more than one person at a time definitely has its perks. It gives you a sense of clarity when choosing a life partner. It also builds your experience and gives a better outlook on relationships, giving you the tools needed to create lasting relationships. However, as good as it is, you might still be wondering one thing: What’s it like dating more multiple women? The answer to that is simple. Dating multiple women at a time is an experience with both its pros and cons. Let’s explore them in a little more detail below.

The Good Side of Dating Multiple Women

There are other benefits of dating more than one woman as well that can incline you towards this form of dating. However, like all the other great things in the world, this doesn’t come without its fair share of problems.

The Bad Side of Dating Multiple Women

Dating more than one woman at a time can prove to be a tiresome task, especially if you are dating more women than you can handle. Overlapping dates, constant texting, and attention-seeking drives can drain you of your life force pretty fast. This is because dating even one woman is a complex and difficult process, let alone dating multiple women at a time. It is thus advised to start with a manageable amount of women, for example, two to three.

One very real factor associated with dating multiple women at a time is the apparent loss of the true motivation behind the act. As already stated, it is much easier to casually date many women at a time than to be truthfully answerable and exclusive to one. This is the reason why many people who start off by dating multiple people in the hopes of finding a soulmate end up continuing to date multiple people and never settle. This is an endless cycle and can rob you off of your true purpose.

Why Do Guys Date More Than One Woman?

As is already apparent from the discussion above, dating multiple people at the same time is an excellent way to find your soulmate quicker. But there is more than just one reason why guys date more than one woman. The reason behind guys dating more than one woman at a time varies according to the type of guy and their intentions and expectations. While some people date multiple people at once to improve their chances of finding the perfect mate, some do it just to have a little fun and fill the void in their boring lives. Here are some of the reasons why guys date more than one woman at the same time.

More Chances of finding “the One.”

“Why fish with a pole when you can fish with a net?” is probably the most compelling reason why guys date more than one woman at a time. The idea behind it is simple. Men, like women, have “clocks,” too. They want to find the one and settle down just as much as women do. This is why it is completely natural for guys to find multiple women to date at once.

It is a general notion that men are considered less emotionally intelligent than women. This might be because of several personal as well as societal factors. The fact that men aren’t usually forced into difficult situations as often as women when dating might have something to do with it as well. However, the desire to build this emotional intelligence might also be why guys date more than one woman at a time.

When men have to determine what they want from their significant other while choosing from different dating partners, it provides them with an insight that improves their emotional intelligence.

It’s a well-known fact that you feel more confident when you know that more than one person has a romantic interest in you. This rule applies whether you’re in a relationship or single. This is a perfectly good reason why guys date more than one woman at a time.

The constant pressure of life and the societal pressure of being the provider often drains the life out of men. To add to this, many men do not enjoy a healthy level of attention required for a human because they are seen as immune to feeling depressed or are expected to be “manly” enough to deal with every situation. Dating more than one woman at a time gives such people the confidence boost they need; they go for it in any case.