Home
Blog
Dating Red Flags that Should Send You Running Away

Signs That You Must Know to Avoid Unhappy Relations 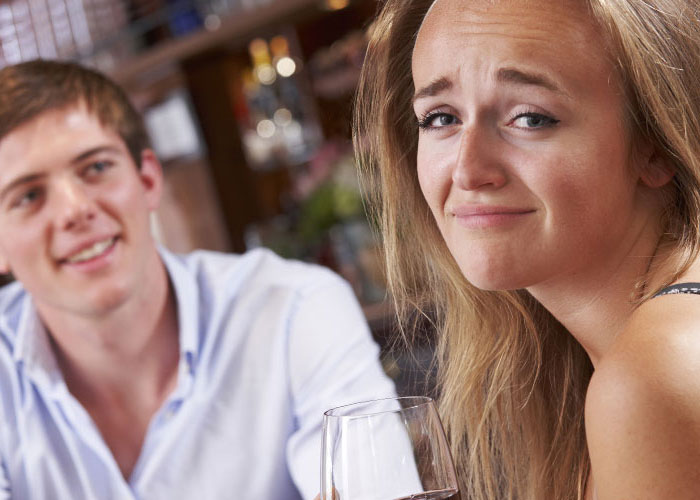 Dating is something that is typically a fun experience as people find out if their partner has the potential to be a long-term mate. However, there are times when dating isn’t so fun. You might find out some information about your date that makes you a little uneasy. These are red flags, and they are things that everyone should watch out for. Here are some of the biggest red flags you should be aware of when dating and should send you running for the door.

Being Overly Attached to Their Ex

The first red flag that people will notice is being overly attached to their ex. There is nothing that is worse to hear about on the first few dates that the lover they had before you. It’s also an indicator that they are not going to pay much attention to your relationship. Do yourself a favor and run away when you hear about their exes too much.

If you’re on a date and the server spills your water, how should you react? If your date takes time to yell at and berate your server, then it’s a good idea to leave. Nobody should be with a person that is unable to control their anger in a situation. That leaves you open to many issues down the road, the worst of which is abuse.

A History of Bad Relationships and Not Taking Any Blame

Another thing to keep in mind in terms of red flags is if they serenade you with stories of their dating past. They had a lot of relationships and none of them worked out, but this is not their fault. Instead, they find a scapegoat for the failure, usually someone else like their ex. If that’s the case, then you are not dealing with someone that is mature enough to be in a proper relationship. Move on from them in a hurry.

This one should go without saying. If they have cheated in the past, then they will have no qualms about cheating on you. That being said, if it was a long time ago and they are very apologetic about their prior actions, then it might be time for someone to give them a chance. You have to make sure that they are being contrite with their actions. Yet, if you’re never going to be able to trust them from a personal standpoint, then don’t bother becoming a super-snoopy or jealous date.

Speaking Badly to You

Last but not least, you don’t want to be with someone that is speaking badly to you. Some guys will come up to you and start “negging”, talking badly to make you want to win their affection. Do both of you a favor and lookout for people that are going to talk nicely to you instead. That way you can find a nicer partner and they can learn how to properly treat someone.

All in all, there are many different actions that make a person stand out as someone you don’t want as a partner. When you consider being attached to their ex, having anger problems, having a history of failed relationships, mentioning cheating, or speaking negatively to you as red flags, it’s easy to spot people that should be avoided. Make sure you don’t look past these red flags in order to protect your well-being, and you’ll be in a better position for safety and security in the future. Moreover, using a dating site with quality members is the key to meeting great dates in the future.