If a Guy Talks Sexually, Does He Like You?

Quite often, it's very confusing when a man talks sexually. As a woman, lots of unanswered questions arise. The thing is, excess charm is deceptive. Because of this, it becomes difficult to know if some males have a crush on you. They appear friendly and chatty, and it's hard to tell if their true intentions are sex or something bigger. After all, some guys are cunning, deceptive, especially when they want to sate their lust. When a guy thinks of you sexually, he will go all out.

Some women often say that a lot of guys are attracted to them, but the latter group doesn't want a commitment. Men, especially players, will appear charming and approachable on the first date. They will likely avoid sex talk during the initial stage. However, on consecutive dates, they can go all out in terms of sexual matters.

Many guys stare seductively, and they say what you want to hear. A few are frank with their sexual urges. All of these factors mean that the guy wants you sexually.

When a Guy Says He Is Sexually Attracted to You

Let's say that a new guy walks into the scene. You find him, and he looks like a beguiling, social, proactive, and good-looking person. He definitely ticks all your boxes. You meet for a couple of dates, espressos, and lunches. Everything seems to be going fine.

Eventually, the guy opens up and says he is sexually attracted to you. It's flattering and shocking at the same time. Does the guy want sex, or is he simply praising me? That isn't very clear. A thousand thoughts flock to your mind, and the more you think about it, the more confused you become.

When a guy says he is sexually attracted to you, he means the following:

He wants you sexually

Some men don't like beating around the bush, and they want to set their intentions clear. When they need you, they say so directly. It's a decent move that keeps things simple. In case you're intrigued, don't be afraid to push forward.

He finds you beautiful

Men only want women whom they think are beautiful. They cannot risk pursuing a girl they don't fancy. When he goes all out, he thinks of you exceptionally and wants to know your stand. If a guy talks sexually, he must like you.

He wants your response

The man may be sexually considering you, and now he is testing the waters. Your answers will provide him with enough clues on how to react. Depending on your replies, he will choose his next course of action.

Signs a Guy Wants You Sexually 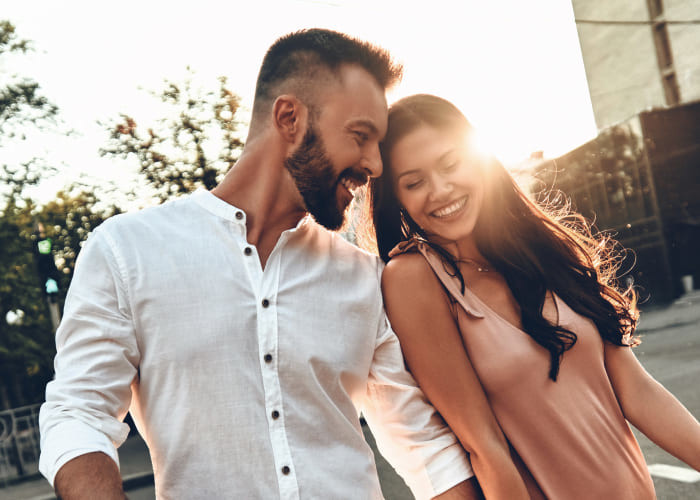 At the point when a man likes you, he will surely tell you about his feelings. He will invest energy, cash, and attention, and he will do his best to make you cheerful. When a guy is sexually intrigued, he ups his game. At first, it' may seem confusing as the flirt signs seem innocent, with the time needed to uncover his true intentions.

So, what are the signs a man wants you sexually? In most cases, when a person desires you, they will tell you about it outright. Here are few examples that show that a guy wants to sleep with you:

With the main factors out of the way, let's look into some of them more closely, shall we?

He often talks about sex

He gives you intimate looks

A man once said that the eyes are the windows to the soul. By looking at your partner, you can uncover what he thinks about. Make sure to follow his eyes, what they gaze at, and pay close attention to the zones he focuses on. On the off chance that your man looks at some of your body parts more attentively, they are likely to hold his interest.

He isn't afraid of touching you

Your partner's touches tell a lot about him. Be aware of the gentle touches to your arm or how he "accidentally" hits your foot at dinner, as these are signs that he is infatuated with you. However, if he touches you inappropriately, that could signify that a guy wants you sexually. If you, for some reason, don't want him to make advances on you, make sure to let him know.

He seems to fancy staying indoors

It all starts with the normal coffee dates at popular places. Next, you and your partner move on to dinner dates at fancy hotels, followed by trips out in the wild. Finally, he seems to love spending time with you indoors. Sure, watching Netflix, chilling on the couch, and enjoying homemade meals are great things to experience. Eventually, it all leads to one thing only — sex. It won't hurt to keep your guard up if you've started a relationship recently. On the other hand, if you feel comfortable around your man, why not go for it?

He gets angry when you shun sex

When he wants sex, he always talks about it. When you turn the idea of some sexy time down, he gets angry. All his talks are geared towards how sating each other's carnal desires is the best thing in the world. He may come off as casual or playful, but his intentions are to jump into bed eventually. To prevent any further misunderstanding, consider discussing this matter in advance so that you and your partner have a good time together.

What Are the Physical Signs A Guy Is Attracted to You? 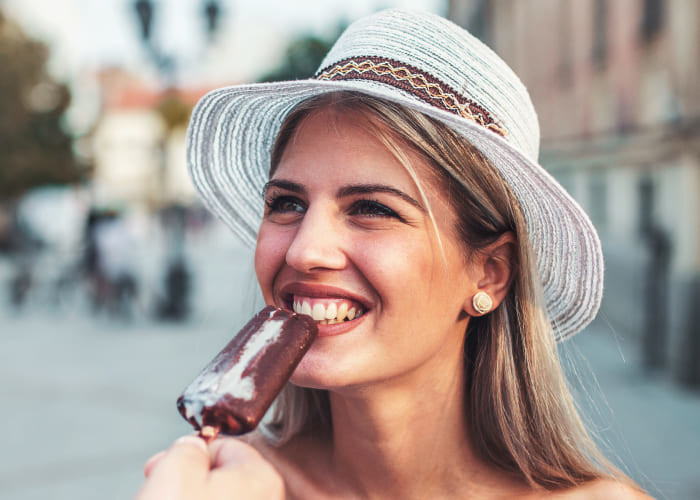 Males, similar to ladies, are difficult to comprehend at times. The former group can deliver inconsistent messages which may be hard to read. Some girls think it's challenging to realize what their partners really think about.

While it takes some skill to pinpoint men's goals, it's quite easy even for newbies. Fortunately, more than 90% of interactions are non-verbal. Below are some of the signs that show he is attracted to you.

His gestures are evident

Does he separate his legs when he addresses you? Or does he drop his shoulders when you are close? Are his arms unfolded, by any chance? Any of the mentioned signs show that he is comfortable, secure, and enthralled with you.

He slants his face aside

Just like with little dogs, when men find someone or something interesting, they will shift their heads. It's an intriguing marvel that many can't clarify. Next time you discover your partner tilting his head sideways when conversing with you, you'll know he is into you. This one is one of the hardest affection signs to spot as it happens subliminally.

His hands are ever apparent

Guys crease their hands when they don't feel secure or when they are concealing something. Furthermore, they will likewise put the hands behind their backs when within sight of a person they respect. When you see his hands are within your reach, rest assured that he trusts you and finds you captivating.

He wants to be near you

You can easily tell that a guy is sexually attracted to you by how close he is to you. Whether you're walking, standing, or sitting, the physical positioning tells it all. If the man likes you, they will want to minimize as much distance with you as possible. He wants nothing to separate the two of you. If he is near you every time, this is a good sign that a guy wants you sexually.

Many males like to flirt occasionally. On the other hand, some men take things to the next level. When a guy flirts more time than usual, he likely finds you sexually attractive.

His voice gets deeper while being around you

Some women find it interesting when a male changes his voice. Even though the change may be subtle, it's well-calculated. When a guy deepens his voice while being in your company, it's highly probable that he finds you attractive. Consider comparing how he speaks to you with how he converses with other people. If there are any changes, you have your answer. 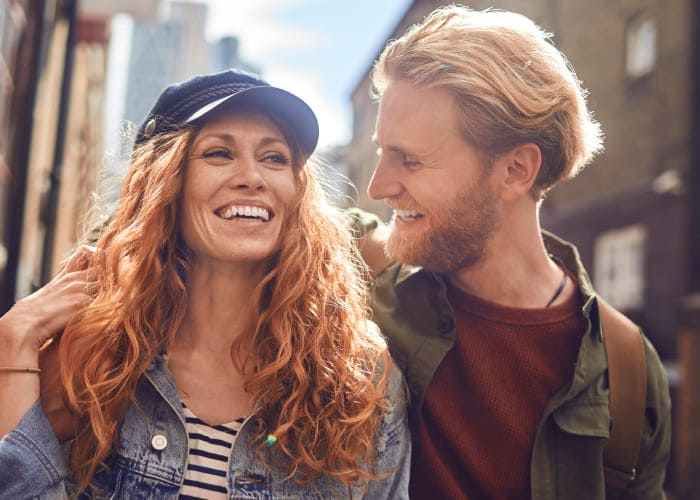