Home
Blog
Sharing your partner with someone else 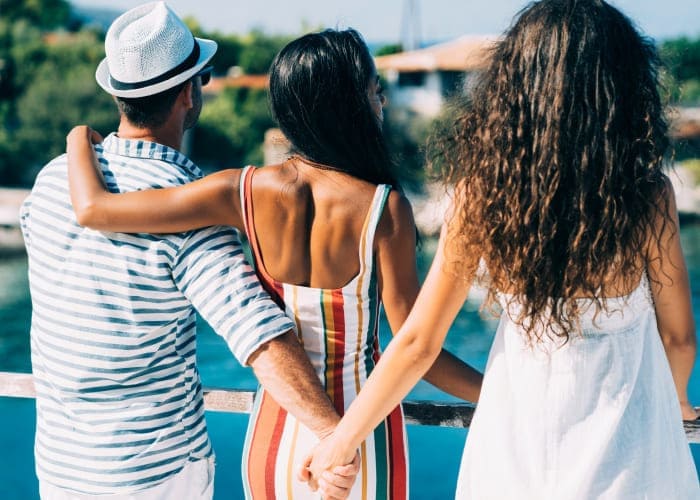 Sadly, some relationships can become tricky and messy after a while. There may come a time when, despite your best efforts, things get harder and harder. Your husband develops feelings towards another woman, and you start competing for his attention.

When you start sharing your partner with another lady, it's never a good sign. When you got married, you vowed to love each other, going hand in hand until death does you part. Now, feelings are hurt, and love is gone. When your husband breaks the vow and starts a fling with another woman, it's time to act. You have to decide whether to carry on with the marriage or end it altogether.

Sure, things can get more complicated when your husband tells you that he still wants to stay with you despite having an affair with another woman. Depending on how long you've been together, making a decision may become harder because of the feelings involved. In the end, it comes down to whether you are alright with such a relationship.

Marriage is complex, and unfaithfulness is a deal-breaker for many couples. Indeed, living with a cheater is hard as it tests one's limits, with peace of mind becoming a luxury. A cheating husband may affect your mental well-being; thus, the good idea is to make the situation clear as soon as possible.

Does He Have Feelings for Another Woman? 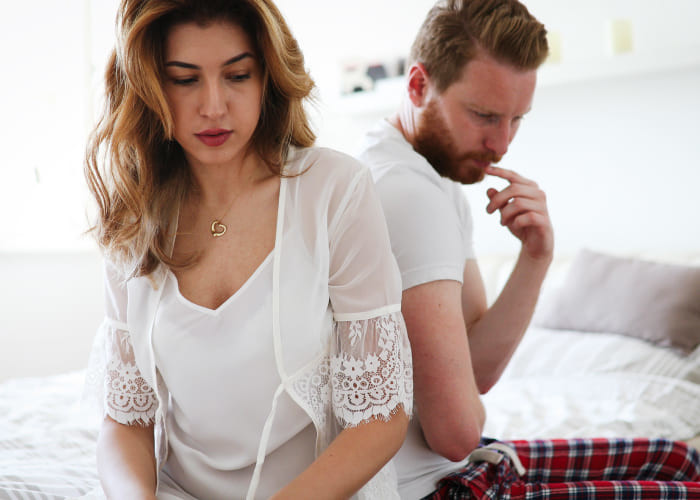 Your mind is filled with questions of him having feelings for another lady. Chances are that it has been going on for months on end. Your heart is restless, emotions are in tatters, and you have a hard time trusting your partner again. Should you continue with the marriage, or is it better to pack your things and leave?

The latter is the first thought that comes to mind. Nevertheless, some ladies find the former choice more attractive. The final decision is often heart-wrenching, though it still needs to be made.

While things may seem hard, especially in the heat of the moment, speaking out your mind is paramount. Find the perfect moment in a calm and friendly environment, and talk the situation over. Find a neutral place where you can both discuss matters freely and with minimum distractions. If you're angry with your husband, do your best to control the emotions. Ask him outright if he has fallen in love with another woman. His answer will determine how the conversation goes. If he denies everything, and there is solid proof, show it to him and tell him how hurt your feelings are.

Play your cards cool. Avoid angry spat as it can lead to physical damage by either party. Remind your partner where it all started, how he made you feel, the initial love, joy, and happiness. Ask him what went wrong. Learn his intentions and next steps. His feelings matter, too.

Still, your self-worth is the most critical thing in your life. You have every right to feel mad; if you had agreed to remain exclusive, and he has broken the vow, you're free to leave. If the idea of sharing your partner with someone else makes you feel sick, don't be afraid to let it go. However, if your husband admits to his mistakes and promises to cut ties with another woman, you can at least give him a second chance.

Signs When He Loves Another Woman 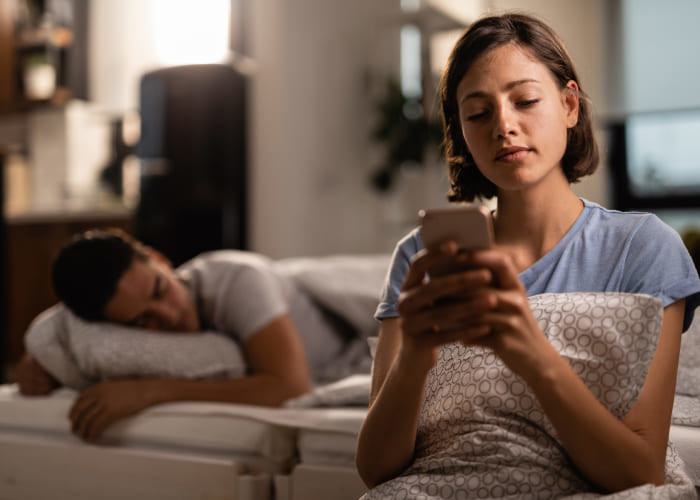 Every girl dreams about being with a partner forever and ever; yet, sometimes, things may turn out unexpectedly. It's often said that an average girl starts dreaming about a wedding at a tender age, with some planning every single detail of their big day. But once they get married, things may not go as planned. The husband does the unimaginable by hooking up with another lady. It is the ultimate form of betrayal as both parties vowed to love each other for a lifetime.

So, when does it start going wrong, and what are some of the most obvious signs of unfaithfulness? Well, for starters, it is often hard to pinpoint the exact moment that your partner starts having feelings for another woman. However, if you look closely enough, you will notice that his heart isn't solely yours. No matter how subtle your husband is, there are always ways to tell if he isn't saying everything.

Following your instincts rarely goes wrong. Still, before you make any accusations, you have to be 100% sure. Wrongfully accusing someone is as bad as being cheated on. Women may say, "I think my husband has feelings for another woman", but they don't have the proof. If you find yourself in this situation, and you only have a hunch, proceed with caution. While you shouldn't entirely disregard your concerns and guesses, cheating needs hard proof, and getting one requires careful planning. Before you confront your better half, ensure there is enough evidence.

Signs that your husband has feelings for another woman include:

On top of that, he quits being attentive, and small gestures of affection dry up. Where he was affectionate, he is now cold. Treats and trips are now forgotten. Jokes are no longer funny, conversations feel forced, and calls during the day aren't as often as they used to be.

Though the signs may seem like a false alarm, there is a high probability that your husband has feelings for another woman. When you start feeling something is off in your relationship, it's probably true.

Sharing Your Partner with Someone Else — Is It a Good Idea? 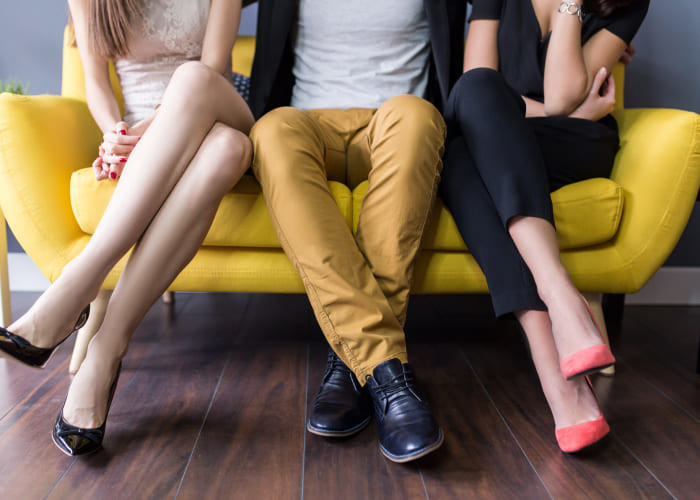 This may seem an unpopular and, in some cases, unthinkable option for some females, as leaving the current relationship will result in a significant loss. Don't get us wrong; nothing is worth more than peace of mind and self-worth. If there's no reason to tolerate how things are, why should you?

When your husband, with whom you have spent many years, loves another lady, it can be considered the highest form of betrayal, and rightfully so. The most cunning men can hide a secret lover for months or even years. Despite one's best efforts, the truth will come out to light one day. Whether accidentally or through investigations, cheaters do get caught. When they do, some are remorseful, while others don't even care.

Once a woman knows how things really are, she needs to choose the next course of action. Some men will plead for forgiveness, some will say that it's all a big misunderstanding, and some will promise to end an affair immediately. If there are kids involved, sharing them with another woman becomes an option, though you need to decide whether you're ready to entrust them to a female you know nothing about.

In other instances, some women believe that feelings for another woman will fade away eventually, leaving the man all to themselves. They often say that enjoying the company of a hookup partner is a passing interest, and it won't take long before your husband and a girl break up. While this is generally true, and such unions dissolve in a matter of months, taking such risks is not advisable for several reasons.

The thing is, your husband may have stronger feelings than a simple passion, which means that the relationship will last longer than expected. Secondly, once he two-times you, he will likely do it again sometime. Next time your partner is out late or goes on a business trip, you can't help but wonder if he is out there cheating on you. You will be constantly haunted by thoughts of him sleeping with other women. On the other hand, if you feel you can live with that, and you're okay with sharing your husband with someone else, go ahead. Before that, you have to ask yourself: is sharing your partner worth the trouble? It will push your limits, test your patience, and may give you plenty of sleepless nights.

Some women may think returning the favor is the way to go. If a husband cheats, why not make him feel jealous by doing the same? Although revenge affair is a desperate move, it gives one instant gratification, all at the price of broken hearts and hurt feelings.

To summarize, there is no easy solution to the problem, and you have to account for all pros and cons that come with your decisions. If done right, you will be able to resolve the issue peacefully, come to terms with your husband's behavior, and have no hard feelings.