Forget the verbal communication for a while; people can also communicate nonverbally. Body language is the way we do it. Reading the body language cues can help you discern if someone is nervous, comfortable, or even angry. What of when it comes to attraction? The facial expressions, pacifying movements, different gestures, and vocal characteristics can help you know if someone is into you.

While people tend to have common behaviors overall, some subtle body language is more common among women than men. Read ahead to know how to spot female body language flirting. It will help you determine when a woman is attracted to you.

How do women convey their emotions and attitudes through their body language? You need to learn something about flirting body language signs to understand this better. However, it's important to note that sometimes what female body language means to one person might mean something different to another.

To know how to read women's body language for flirting, it's important to take note of the following body parts:

Women are more perceptive than men, and females know how to give subtle hints when they are attracted to you. Some of the gestures might be so hard to interpret immediately. You must be able to decode the female body language signs of attraction to unwrap the cloud of mystery.

We share with you 12 ways to understand a woman's body language and know that they're attracted and flirting with you.

She plays with her hair

Playing with hair is more of an involuntary sign of attraction. Women love curling, twirling, or simply throwing their hair off their shoulders to draw your attention there. The main reason behind this is to expose the soft flesh of her neck as well as her face. It makes a female more alluring.

The neck is one of the vulnerable parts of the female body as it contains the jugular vein. In a dangerous or uncomfortable situation, people (especially ladies) would not want to show much of it. Women tend to expose their necks when feeling safe and comfortable. Check if she brushes her hair to the side or tilts one shoulder forward and down.

It could be tricky to explain as many people tend to register attention by keeping eye contact. However, it is different if a female makes eye contact while occasionally stealing some glances on your lips. She might be thinking how your lips would feel on hers. If her pupils are larger, that would be a sure sign of flirting and attraction. Again, when you look at her, and she realizes it, she'll draw her eyes away, but with a slight blush in her cheeks. 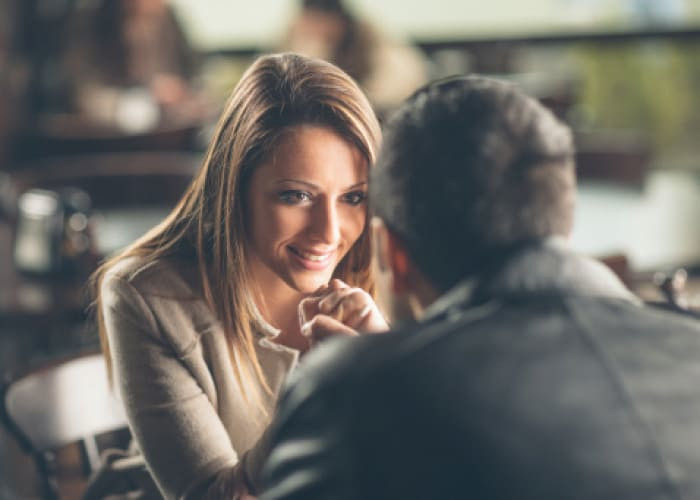 A broad smile from a lady might mean her mood lightens up whenever she sees you. It's because she feels happy you're there and is open to holding a conversation with you. Whenever she talks to you, her eyes reflect the twinkle in her smile too.

She dresses up some more

It is especially when a female knows she'll be meeting you. She'll be investing a lot of effort to look her best and grab your attention as ever. She'll go an extra mile applying this and that so that she comes out of it stunningly gorgeous. She'll even start doing more colors or blouses you said looked good on her.

A woman reaching out to play with her necklace may be drawing your attention there. Even if the cleavage is not that exposed, she wants you to focus on the areas around. Playing with the necklace is capable of doing that magic exactly. She's flirting with you if the movement is slower and more sensual.

Bites or licks the lips

Although this can be a sign of nervousness, she could be doing it to draw attention to the lips. She'll be moistening them before you to send your mind to the thoughts of kissing them.

She turns her palms upwards

Relationship experts share that open hands with the palms facing up signal trust and openness.

A woman is more into you and is comfortable enough when she starts to engage in some physical touch. It could be a tap on the shoulder, a hug, holding the hand, or just a brush of the hand. Men's intent with these is quite different. They'll test how the woman reacts and if she's comfortable enough.

There is an obvious difference between the voice for a normal conversation and flirt or feelings of attraction. The voice of a woman interested in a man or just excited in his presence may become faster and lighter. She may even speak a little bit more slowly to flirt and draw your attention to her lips.

Learning to understand female body language is an important skill. You'll know when to take things to the next level or slow down. Noticing female flirting body language at work is about spotting changes in her behaviors. Understand her typical body language before you start looking for meaningful cues. You'll get a glimpse into how a female feeling by interpreting how she deviates from the baseline.

For instance, some women are naturally talkative and flirty and can even do a lot of touching during the conversation. You may be mistaken to interpret they're interested in you. Compare how she touches you with that of everyone else. If she touches in more personal areas and more frequently than anyone else, it could be appropriate to conclude she's drawn to you.

Doing Away with Barriers 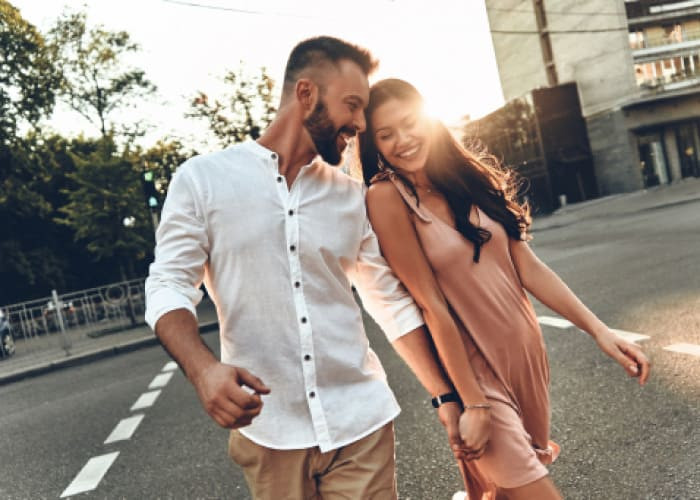 A woman, who feels comfortable being around you, enjoys talking to you, and always hopes to connect with you will do a lot to remove any communication barriers. Otherwise, she'll be constructing these barriers herself. These barriers could be anything you're disregarding.

A woman would cross her arms or hold something across her chest to block your view of her burst or cleavage if she's not interested in you. Another example is when a female moves her glass of water directly between you if you're sitting across the table. If she's into you, she'll wittily place it to the side to remove it from blocking the space between you. What's more? If she feels comfortable and open with you, she would most likely cross her legs in your direction.

Wondering if she's into you or not? From a woman touching hair or licking her lips to a woman bending over body language, there is how to read women's body language for flirting. She's interested in you if you multiple flirting signs from her. Apart from twirling her hair, holding strong eye contact, or noticing more positive body language, some micro-expressions require you to be keener to notice. They're difficult to spot if you're not paying attention. However, they provide a very accurate gauge of her feelings.

A woman may curl one corner of her lip back in contempt or briefly crinkle her nose as a sign of disgust. These signs are difficult to notice and interpret. If you happen to see a micro-expression that suggests negative emotions, it's time to change the topic or the environment. If you're keen, you'll notice some of these signs even if she tries to hide them. Again, if she's happy but trying to conceal her feeling, it's only a matter of time before a smile beams on her face. Understanding these flirting body language signs may require a lot of time and practice. Once you grasp a woman's body language attraction, you'll be ready with what to do if a situation arises.

How to Tell If an Older Woman Is Flirting with You

The way an older woman flirts with you isn't so much different from how a younger female would. However, there are a few key differences that would come out. Older women tend to be more direct and straightforward when flirting with men. It could be because they have more life experience and are no longer so much into games. It is one of the advantages of dating them.

Depending on the particular woman you're with, older women can still give you unclear signs of flirting and attraction. That's why it's always up to you to determine if she's flirting or not.

The obvious signs that an older woman is into you still require you to know how to spot flirting female body language. Here are some signs to look at when seducing or being seduced by older women.

This Is What Women's Flirting Body Language Looks Like

Women are full of mysteries. However, knowing something about women flirting body language can help you figure out some of the mysteries. This hinged on the fact that, as humans, we react in the unconscious of conscious ways based on how we feel. 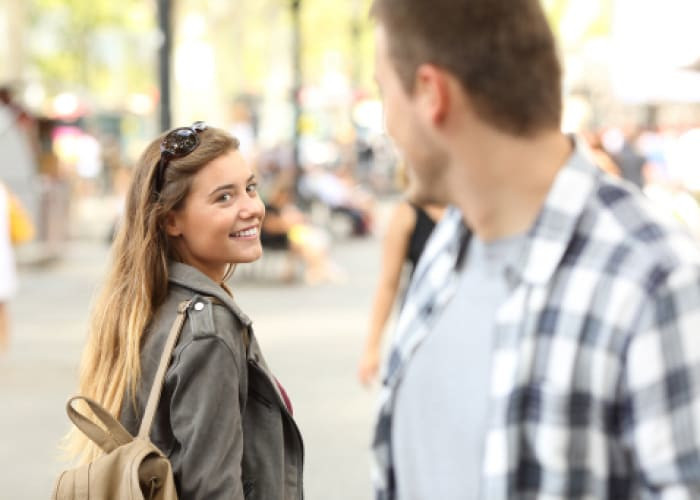 There are some nonverbal courtship patterns in women that offer cues to help you out along the way. Some behaviors women depict when trying to entice a man or when they're completely into a man include: