Home
Blog
How to tell fake boobs from real boobs

How to Tell if Breasts are Fake

Before we go on to dissect boobs and decide which are real or which are fake, let us learn more about boobs. “Fake Boobs” or breast implants are silicon-based membranes, which are surgically added to make a woman’s breasts look bigger, firmer, and rounder. With the proliferation of implants, it is natural that people would question whether or not a set of breasts a woman has is real.

How to Spot Fake Breasts 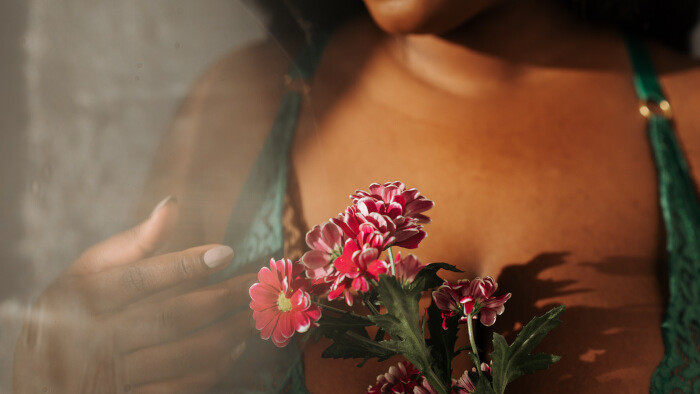 You shouldn’t walk around town in search of fake boobs like some hunter or pilgrim. But if you are interested, there are a few ways for you to see or spot fake breasts: you should be on alert for the following things.

Fake boobs will be too close to each other. They will have cleavage or something close to that even if they are not in a bra. Such closeness is indicative of an implant, in which the breast tissue would have been replaced with firmer, much stronger, and bigger silicon, which would not usually be proportional to a person’s chest, thus bringing the boobs closer together.

In other cases, oversize implants can create a wide bony gap between the fake boobs. Usually, if the boob job was badly done, there might be a major difference between this very conspicuous gap highlighting a pair of fake boobs in there.

Fake boobs are inserted through incisions into the flesh of a woman on the breast area. There are usually four places above the belly button, around the nipples, under the breasts, and close to the armpits. These scars indicate that a person has had breast implants inserted into them.

It is all due to the types of incisions that the doctor would have done; there are four types of incisions, which are trans axillary, inflammatory, areolar, and trans-umbilical breast augmentation. You can look out for scarring in the areas around, on, or under the breasts or close to the armpits or around the belly button.

You can learn how to differentiate real boobs from fake by looking at their shape. Real boobs have a pear shape that gets fuller at the bottom. Fake breasts have a circular shape because of the even distribution of silicon that makes them look rounder unnaturally. So, round boobs are usually fake boobs.

What happens here is natural tissue will be fuller at the bottom because it will give in to gravity and hence that pear shape. Saline implants maintain their strength and resistance to gravity and remain circular. However, modern implants are being made with some drag to make them look more natural so that it is increasingly less evident to spot the fakeness of breasts with their shape.

Implants usually shift in response to body movement. If her boobs jump unusually when she moves or jumps, there is an implant there. Fake boobs jump when she jumps in a way that real boobs don’t. When a girl moves, her natural breasts, because of the soft natural breast tissue, also move following her movements. Implants, made from silicone are firm and do not follow a person’s movements as much as natural breasts would do.

You can learn to spot fake breasts by looking at fall lines because when a woman who has natural breasts lies down, they fall slightly on the side. However, if she has implanted in her breasts, they will stick up straight. Augmented breasts will not give in to gravity easily because the silicone will retain its integrity in such circumstances and remain erect.

Boobs that look bigger than the body are almost usually fake. Some women will want to go all out and go from B cups to DD cups after an implant. Even if she didn’t go all out, breasts are usually proportional to the body, and if they look bigger and fuller than they should be, then there is a high chance that she has implants. Though in other rare situations where a woman can have boobs bigger than her body, smaller women usually have smaller boobs. And if she is small but with unreasonably big and disproportionate breasts, they are probably fake.

Sometimes, when implants are not filled, they will have an air pocket, and this air pocket will create a sloshing sound when she moves. Yes, noisy boobs are fake boobs. When she walks, she will sound like she is carrying water with her as the implants will be making a sloshing sound as she walks. It is usually a result of a poor implant procedure. (Ladies, you should do thorough research on the skill and ability of your doctor) It is not very audible, though, but will be present.

This is harder to notice, but natural boobs will not have the same size. If you analyze them, one will be slightly bigger than the other. In the case of implants, they will be identical with amazing accuracy. Symmetry usually means that these boobs would have been made under artificial conditions.

Things Girls Should Know and Do before Getting a Breast Implant 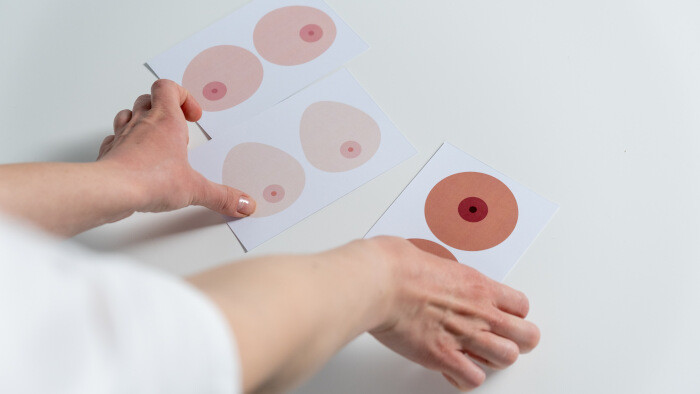 The first thing you need to do is to research breast implants. It will help you make decisions about your implants and help you have boobs that look more natural than most. You would need to look at your Surgeon’s social media presence and websites and see other people’s testimonials as well as other people’s pictures and decide if he is the right one for you. You also need to research with your insurance company and see if your insurance covers cosmetic surgery because most insurance companies do not cover this kind of surgery.

You also need to research the different types of implants and take one that is less risky for you. Also, consult your doctor about the type of incision that he or she will be doing. There are 4 types of incisions that can be done. You should know about this and find out what type your doctor will to you and why.

There are different types of breast implants; knowing them and deciding on the kind you want also helps you have more confidence in your implants once you have them put. The two types are saline silicone and autologous fat. The first type is the most common one, but autologous fat is a good option too.

When you want to have implants, it is wiser to have ones proportional to your body for many reasons. If you do not size up too much and have proportional implants, they will look more natural and prettier as they blend with your body. Such breasts will be good for your confidence, too, as they will be bigger but not too big to draw unnecessary attention.

For health reasons, you should not have big implants because if they are too big, they will cause your breast tissue and surrounding muscle to thin up, which is very difficult to reverse. You need all that tissue to be intact because implants last from 10 to 15 years, and after that time, you will need another one, and with thin breast tissue, you might complicate the ensuing procedures on your breasts. Huge disproportionate breasts might cause back and neck pains and complications because your body's load will be now carrying.

How to Tell if a Girl Has Fake Boobs 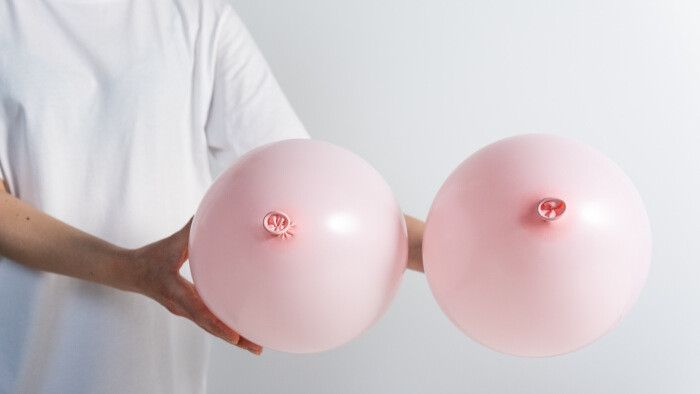 Well, the answer is simple. You have to be silent. If you are a gentleman, you will just marvel at that beautiful pair of boobs!

You don’t need to point out that her boobs are fake because she knows she has implants - no need to say it aloud. If she wants you to know that, she will divulge the information to you. Besides, implants aren’t a bad thing, they accentuate your girl’s beauty and confidence in herself, and that’s a plus for you.