Home
Blog
Is it bad to have a foot fetish

Why Do I Have a Foot Fetish?

Welcome to Beyondthecharter.com, the only place to discover expertly written content for your wildest sexual and dating questions. Today we have a newly published article about men’s and women’s foot fetishes, including the reasons behind them, the main attractions of a foot fetish, the statistics of how many people share feet fetishes, and everything else you’d need to know. 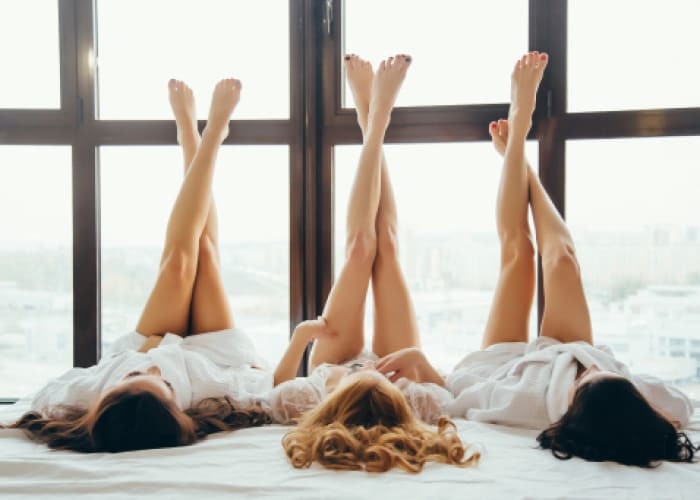 While it’s become mainstream enough that most people have heard of a foot fetish, it’s still not overly common enough that it’s not kinky anymore. People from all corners of the world often wonder the underlying cause of their attraction to feet. While it’s often been wondered, there are minimalistic scientific studies into foot fetish psychology, so we use the views of people possessing the fetish to form the best judgment.

“Why do I have a foot fetish?” It is a question we’ve received an untold number of times from all manner of individuals here on Beyondthecharter.com, with the majority of people asking, choosing to remain anonymous. However, it’s apparent that feet, shoes, socks, and trigger sexual responses deep within a huge number of people, despite their color, creed, background, or sexual orientation.

It seems anyone can be attracted to feet, men, women, and transgender people alike. Nobody is immune! The main cause of your foot fetish is widely due to our enhanced biology and the way we’re wired as humans. In particular, our feet have thousands of nerve endings that allow us to feel pleasure. As such, stimulation with massaging, tickling, and rubs is enhanced greatly in contrast to other body areas. As you go through life, feeling more pleasure through your feet in contrast to most other places of your body, it becomes natural to develop an attraction to other people’s feet if you have an interest in sexually.

The Types of a foot fetish

How Common and What Causes Foot Fetish? 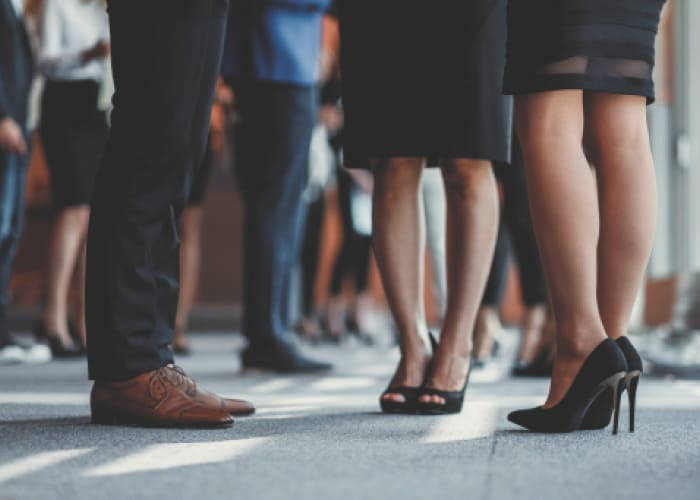 Statistically across all genders, 1/7 people have an attraction to feet. That’s 14.28% of the population. So, you’re not alone!

Guys with a Foot Fetish.

Most guys with a feet fetish realize that they will never understand the true meaning or cause of their foot fetish. Instead, they just get on with their daily lives, not giving it much thought. But, by learning why we feel the way we do around feet, stockings, socks, and even shoes, we can take pleasure to the next level.

Most men with a foot fetish prefer not to talk about their private fantasies, even with their friends, so the topic rarely gets coverage in social circles. But, you’ll be surprised to know that more men than women possess foot fetishes, so it’s much more common for your guy friends to share your secretive desire.

For most guys who developed a foot fetish, it starts with legs. Men are universally attracted to slim, exposed legs of women, which is seen worldwide for centuries. It’s become so prominent that in some cultures, women are banned from showing their legs. As time passed, men became more familiar with seeing women’s legs and searched for less exposed areas to form an attraction, hence the attraction to feet.

What Causes a Foot Fetish?

A foot fetish can be caused for many different reasons amongst people, with the majority of people fall into the following categories for the stem of their passion for feet.

The postcentral gyrus is an area in all of our brains that control motor functions, voluntary movements and is responsible for interpreting the sensory information and signals we receive from our environment.

Within our brains, in the postcentral gyrus, the genital and foot sensory regions are located next to each other. As such sensory information is overlapping, making us associate seeing feet with our genitals and pleasure. This creates a foot fetish that most people are unaware of the cause of, without any control. It’s far from uncommon for people to not be huge fans of feet but can’t help get turned on.

Our feet are rarely exposed in day-to-day lives and remain unseen from view, whether it be covered by shoes or socks. Most of the time, people cannot see our feet. As a result, when our feet are shown, it seems to be a part of the body that is rarely exposed, and this can create a sexual response leading to a desire within us. Although common in western society, Muslim cultures see the occurrence much more prevalently where all parts of a woman’s body must be covered. This creates a craving for feet, not just with men in relationships. 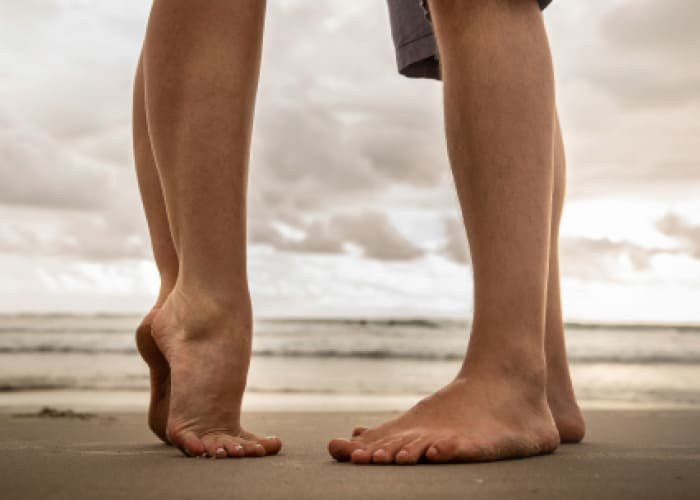 While foot fetishes amongst women towards men are lower than their counterparts, millions of women around the world have an attraction to feet. However, ladies are far more open to chat about the topic with their friends than guys.

Despite more frequent conversations around the area, for most women, they’re still in the dark about why they’re so attracted to guys’ feet, even sometimes sweaty, and why they get so turned on at the thought of anything to do with a guy’s feet. For some guys, misunderstanding around female foot fetishes occurs, leading the guy to think the girl to be strange due to a lack of understanding and knowledge of the human brain and the way we are wired.

It seems during their childhoods, it’s more instilled in women to have a foot fetish due to a large amount of time spent giving friends foot rubs, mothers foot massages, and all manner of other pedicure activities that men are usually not involved with.

Due to the consistent familiarization and exposure to bare feet from such an early age, many women have the exposure required to develop a foot fetish or build it later in life. Sometimes, fetishes take a while to come to the surface, particularly in children who do not understand sexual arousal or the feelings that accompany it. It’s only later in life when we come to realize what sex is and the feelings involved that we were aroused all along.

How to Talk About a Foot Fetish with Your Partner 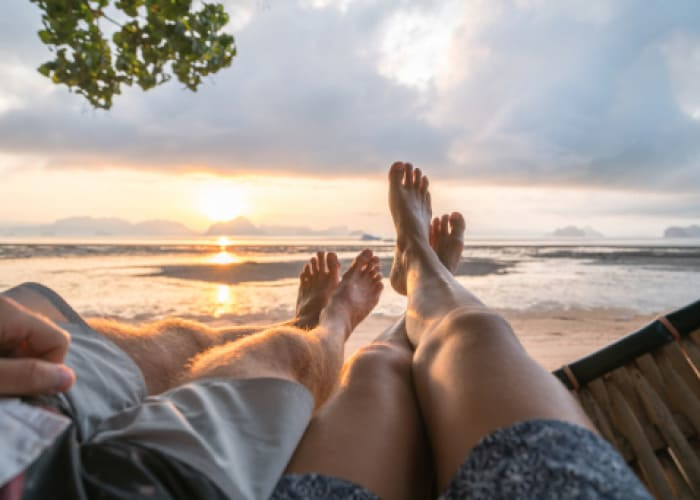 Firstly, you need to understand it’s a normal and natural thing to have a foot fetish and not be embarrassed to open up and receive your gratification. By now, you know what feels good with your feet, what are you like, and what best to avoid, so detail all areas to a partner and allow them to begin to explore.

Depending on how comfortable you are in your relationship will impact the time it takes to bring the conversation up because most people are afraid of the stigma involved, particularly dominant alpha males who are less inclined to open up and show their soft inner core. Men like this often wonder, “Is it bad to have a foot fetish?”

Be honest with the things you like and try to explain the feelings you welcome relating to feet and sexual pleasure. When implemented at the right time, your relationship can go to new extremes now you’re both on the same page about your arousal. Who knows, there’s a 1/7 chance your partner feels the same anyway!

Be prepared for an onslaught of questions after revealing your desire for fate. This may be the time to pre-plan. If they’re at first uncomfortable, that’s fine; offer to take things slowly at their pace and allow them to warm to the idea. Pedicures and foot massages are a great starting position for most relationships!

After reading this article, you now have a greater understanding of a foot fetish and know why you have such an attraction to feet, why you become so sexually aroused at the thought, sight, or touch of a beautiful pair and why they’re forever in your sexual fantasies. Foot fetishes are staggeringly common occurrences in all types of people, so you’re never alone in your desires. Due to the large spread of men and women appreciating feet, it’s another present possibility to discover a partner who shares your attraction for a wonderful sexual experience if you haven’t already.

For more expertly written content and advice on popular data and sexual topics, visit Beyondthecharter.com to get answers to your queries for free!