ChatRoulette or Chatroulette.com is a well-known online dating service that pairs you up with random strangers from across the world. The service works by giving you the chance to partake in video chats with people selected at random. It’s said that the site has three million users each month. The service has proved controversial, with no registration being required. Although you could communicate in other ways in the past, it’s now only possible to chat via video. The site is not for the faint-hearted either, with nudity being both common and unmonitored. The vast majority of people that use this site are male. If you do feel uncomfortable talking to someone or you simply wish to speak to someone else for any reason, you can simply disconnect and be matched up with another chat partner. 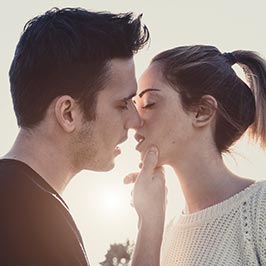 Although the site has now introduced facial recognition, so you will need to look and smile at the camera before you get the chance to talk to anyone. Some members have abused the service, exposing their private parts to unsuspecting strangers as soon as the connection is made.

Chatroulette is completely free to use. It raises funds via advertising.

This was one of the most well-known ChatRoulette sites around during the early 2010s. It was the brainchild of a 17-year-old who ran it from home. The site quickly attracted 1.5 million users without any sort of expensive marketing budget, growing in popularity thanks to word-of-mouth. It not only attracted celebrities but created them too. However, as social media became more popular and rival sites were launched, the popularity of Chatroulette started to head into decline. When you first start using the site, you will see that the design is very stark and minimal. Nonetheless, the look of the site had changed since the peak of its popularity, when it became so well-known it was used to promote big-budget movies. Thankfully, you can now report users who act unacceptably. Despite this, the site still attracts a large number of male flashers, and it once made the headlines after a couple staged a bogus suicide on the service. The site bans under-18s and attempts to stop them using the service via facial recognition designed to detect underage users. However, it’s said this has not always been effective.

As ChatRoulette is not a conventional dating site, there are no search functions. You will simply be matched up with a random user, but you can disconnect and close the chat at any point.

If someone does act inappropriately, you can disconnect from the chat and report them. However, the ability to report members has not always been available. You may also unwittingly find yourself talking to underage members. Although the service does use facial recognition to identify and block underage users, this is not always effective.

ChatRoulette may not be as popular as it once was, but it still has millions of users. According to reports, many of these are still men exposing themselves. Many people have complained that only video chat is available in 2020, with the text service once being very popular. The issue with the facial recognition system is also worrying, with many underage users reportedly being granted access and young-looking adults being denied access. You can use the Report button if you have an issue with another user, but it’s not clear what happens once you have done this. The site is also missing a FAQ button, which means its customer service leaves a lot to be desired. You may well find love and romance on ChatRoulette, but it’s extremely unlikely this will happen. However, if you wish to engage in some quick naughty visual fun with a complete stranger, it may provide you with the thrills you’re craving.

How do you get unbanned from ChatRoulette?

As users do not need to register for ChatRoulette, it is unclear whether you can get banned or unbanned from the service.

How to get girls on ChatRoulette

If you are paired up with a girl, it’s a wise idea to be as charming as possible without being creepy, and you definitely shouldn’t expose yourself to them.

How to use ChatRoulette without a phone number

You do not need a phone number to use ChatRoulette. In fact, you don’t need to register at all to start using the service. This has proved controversial as it makes it hard to hold to people account for their actions.

How to fix your webcam on ChatRoulette

If your webcam isn’t working, this may be a problem with the hardware itself rather than the service. However, you can report any technical issues to the team.

Can you use ChatRoulette on an iPhone?

There is no smartphone app available for ChatRoulette. However, you should be able to access the service via your mobile web browser.

How to chat on ChatRoulette

If you want to be paired up with a random user for a chat, you will need to smile at your webcam to start a conversation. You can then start chatting to them. Remember, you can always disconnect from anyone who is hassling you and connect to another user if you want to.